The Importance of Elements at Lane & Associates 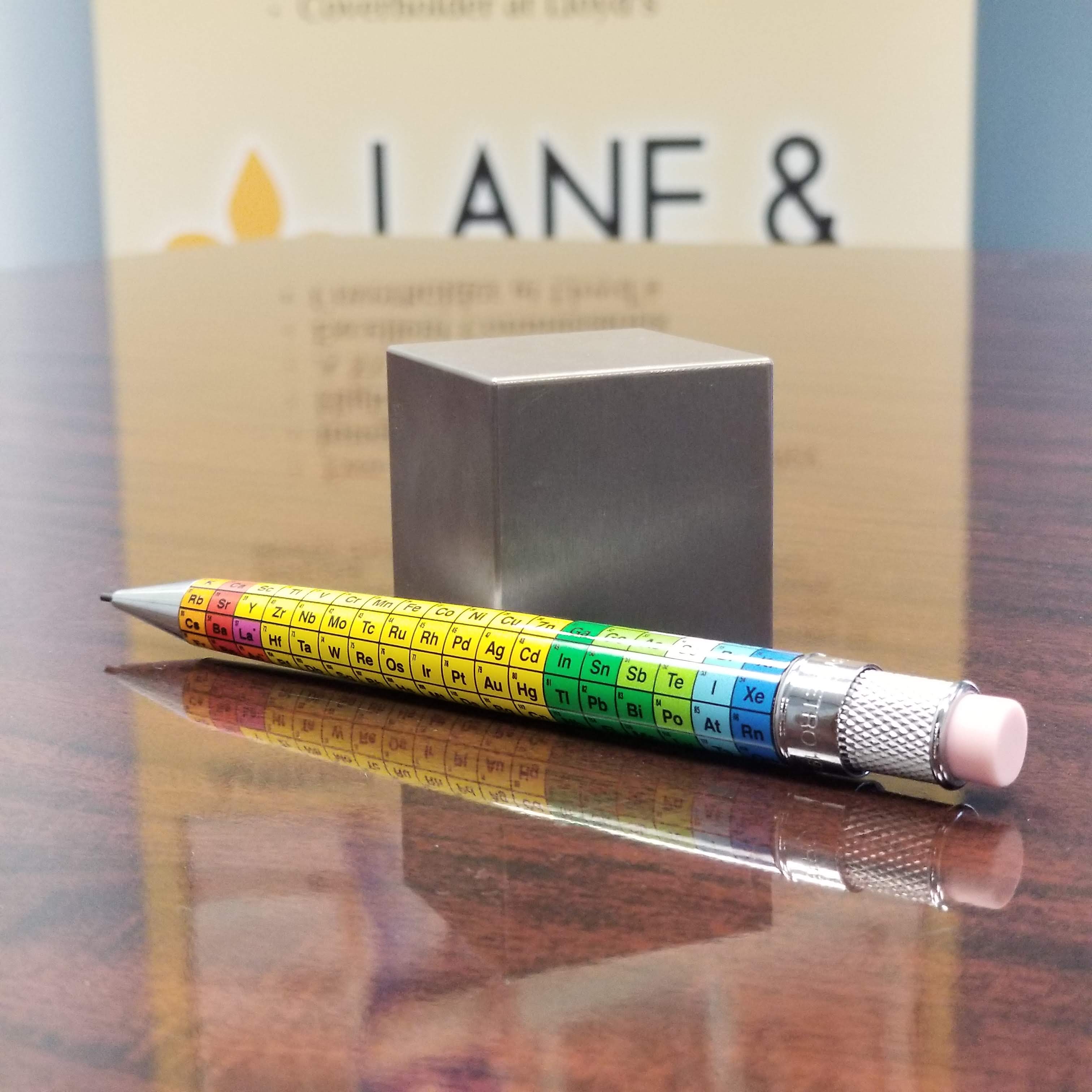 18 Jul The Importance of Elements at Lane & Associates

The chemical elements have a unique significance to our agency.  Our founder and namesake, Michael C. Lane Sr., CPCU, was famous for reciting the chemical elements and served as an officer in the Army’s Chemical Corps while he was on active duty in Viet Nam. Mike Lane handed the reins to his son in law Scott Landry, CPCU who happened to graduate from LSU with a chemistry degree. So, in regards to team mascots , our office has two pet fish and one office element.

There is a small grayish cube that can usually be found in the center of our conference table.  Visitors are often surprised that the small object weighs over 2 pounds. If the cube was  3 inches, it would would weigh around 17 lbs.  The cube is composed of elemental Tungsten, which was originally called Wolfram and has W as its atomic symbol. As an organization we try to mimic many of Tungsten’s characteristics.

Like our Tungsten cube, we are  small, but we make a much larger impact than our size suggests.